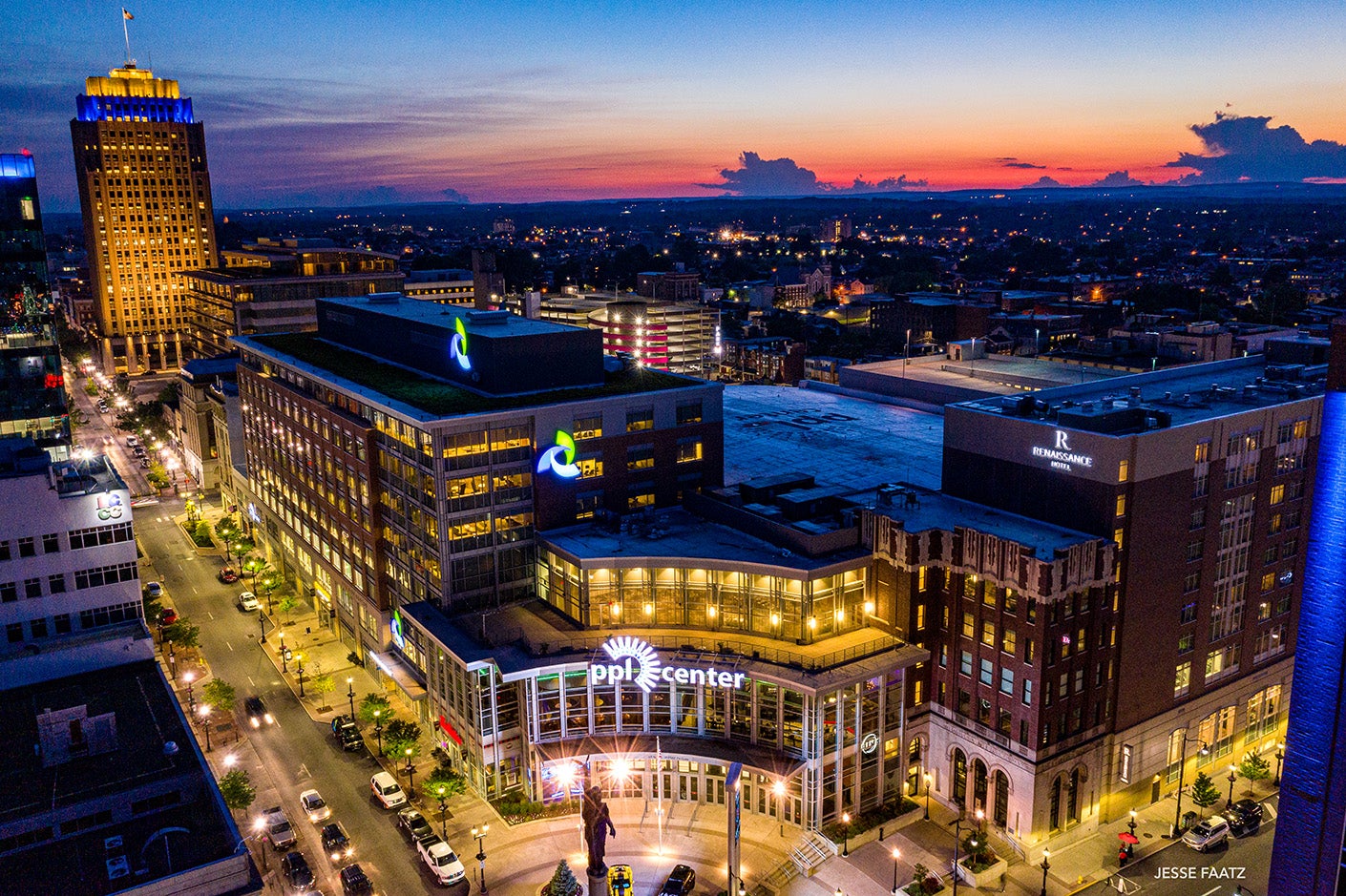 Allentown, Pennsylvania — The Lehigh Valley’s state-of-the-art PPL Center continues to be listed among the world’s top venues following Pollstar’s 2019 Year-End Rankings. As a leading worldwide trade publication for the concert industry, Pollstar is a source for live entertainment professionals with breaking news, emerging trends, and reporting on the hottest tours, venues, and promoters in the industry.

Pollstar released its year-end report revealing worldwide rankings for number of tickets sold for venues of all sizes across the globe. Among the arena venues reported worldwide, PPL Center has ranked as the fourth highest arena in the United States with 10,000 seats or under.

Further, PPL Center has retained its title of Pennsylvania’s third highest arena on Pollstar’s chart for Top 200 Arenas for a second consecutive year, behind only Philadelphia’s Wells Fargo Center and PPG Paints Arena in Pittsburgh. Both Pennsylvania arenas to precede PPL Center can obtain a maximum capacity of nearly double that of the Lehigh Valley’s largest indoor venue.

The state-of-the-art PPL Center continues to solidify its status as the main catalyst to the revitalization and growth of downtown Allentown through the consistent delivery of diverse event line-ups and high profile talent, drawing more than 500,000 fans to downtown each year. Among a busy schedule of action-packed sporting events and family shows for fans of all ages, PPL Center closed 2019 as the busiest concert year since the building’s opening.

In November, PPL Center and Lehigh Valley Phantoms were presented with Discover Lehigh Valley’s Zenith Award at their Annual Meeting for securing the NCAA Division I Men’s Ice Hockey Regional tournament on March 30-31, 2019. The Zenith Award is presented each year to the organization responsible for bringing a meeting or event to the Lehigh Valley that has either the largest economic impact or largest number of attendees. The two-day NCAA Regional showcased four Division I Men’s Ice Hockey teams from across the country on their journey to the Frozen Four for a chance to claim a National Championship. Joined by their traveling fans, peers, and families, the participating teams brought the best of college hockey to PPL Center putting the Lehigh Valley in the national spotlight. PPL Center became the first arena in the state to host an NCAA Hockey Regional in March of 2018, and will host this high caliber event for the third consecutive year on the weekend of March 28-29, 2020.

As the calendar flips to 2020, PPL Center already promises an outstanding event schedule of A-list performers, never-before-seen family shows, and the electric atmosphere of Lehigh Valley Phantoms hockey. “We have welcomed a number of remarkable events to PPL Center in the past five years and we will continue to strive to provide a diverse line-up in the years to come,” said Gunnar Fox, Vice President and General Manager of PPL Center. “We have built great relationships with promoters and agents who help us make the magic happen, and we are all looking forward to an exciting line-up for 2020 and beyond, continuing to turn events into memorable experiences for our guests.”