Brand New is thrilled to announce a Fall 2016 headlining tour across the United States that will feature support from The Front Bottoms and Modern Baseball.  The month-long trek will include a stop in the Lehigh Valley at PPL Center on Friday, November 11 at 7:30 p.m.

The announcement comes following the end of Brand New’s co-headlining Summer tour with Modest Mouse which featured both bands playing full headlining sets to sold-out crowds across the country.

In July, Brand New released a trio of vinyl via their label, Procrastinate! Music Traitors.  Included in the releases was a 7” featuring 2015’s lone single “Mene” backed with the first and only release of “Out of Range,” a 12” of the band’s most recent single “I Am A Nightmare” (out digitally May 17, 2016 and named “Best New Track” byPitchfork), and the 10” release of 3 Demos, Reworked. All three pieces can be picked up via the Procrastinate! Music Traitors web store and can be found on the label’s traveling record store on Brand New’s tour this fall. 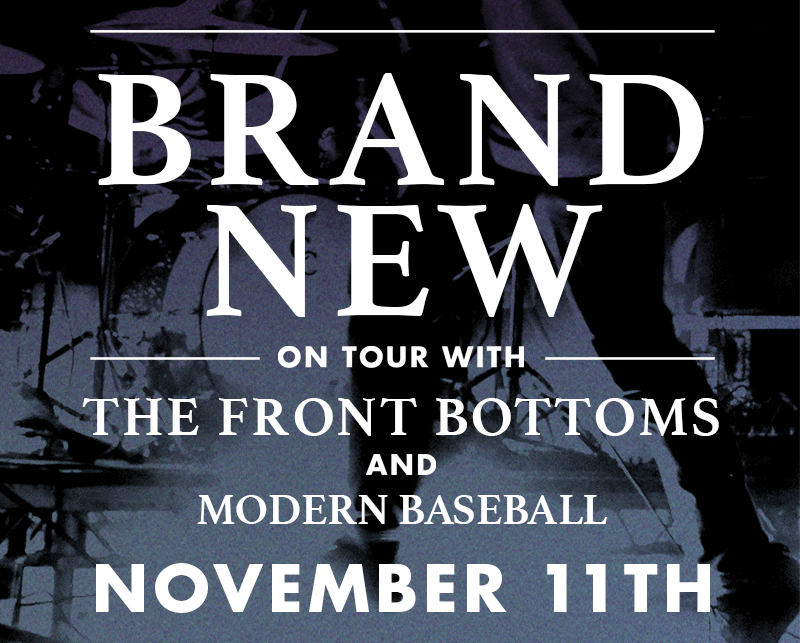 with The Front Bottoms & Modern Baseball